The British Telecom wanted to make their products more visible. Because the site grew over the years in an organic way it was time to restructure the product information in a contextual as well as in an optical way. In a team of nearly eight designer we developed various design styles. I was involved in the development of the first prototype. I participated on this project from the first user testing to the alpha relaunch. 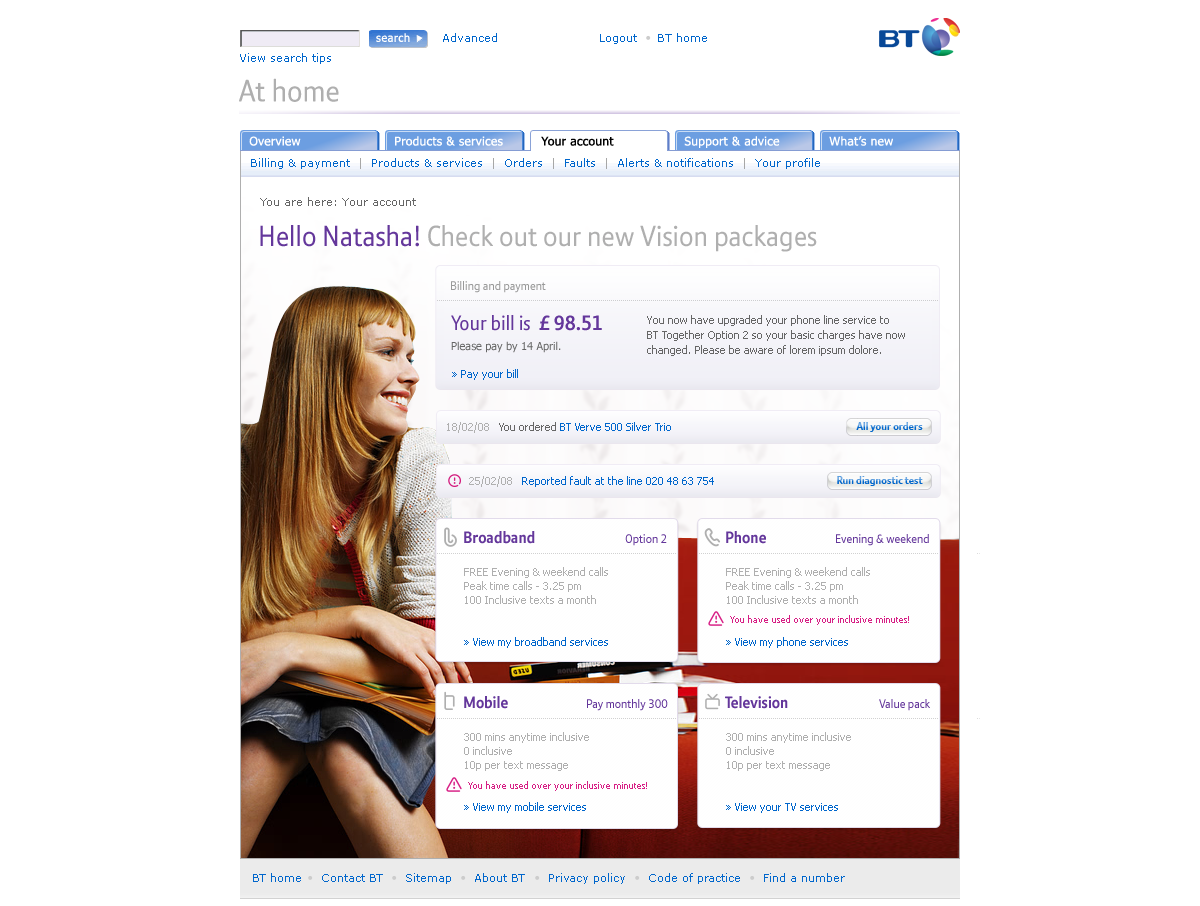 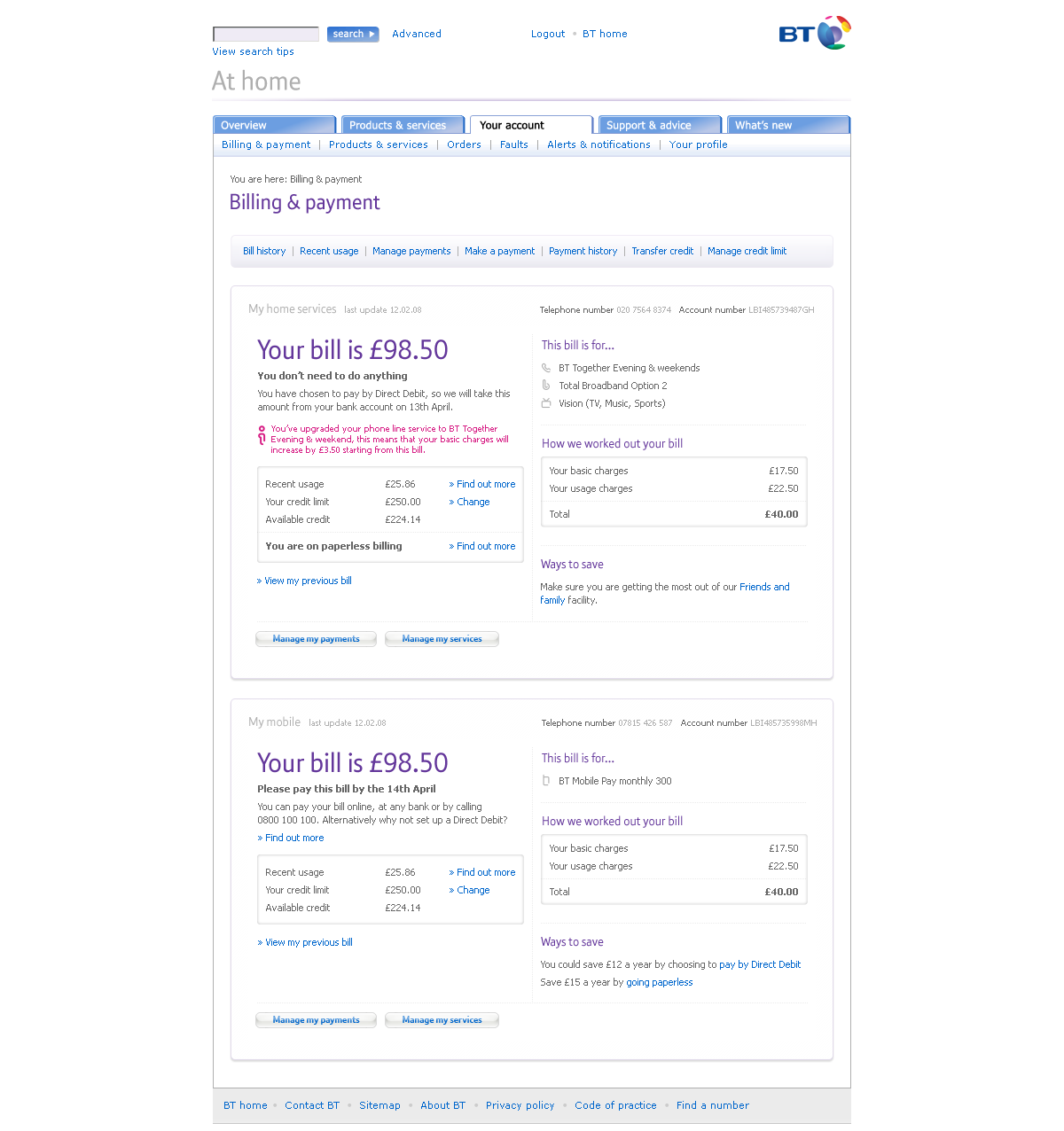 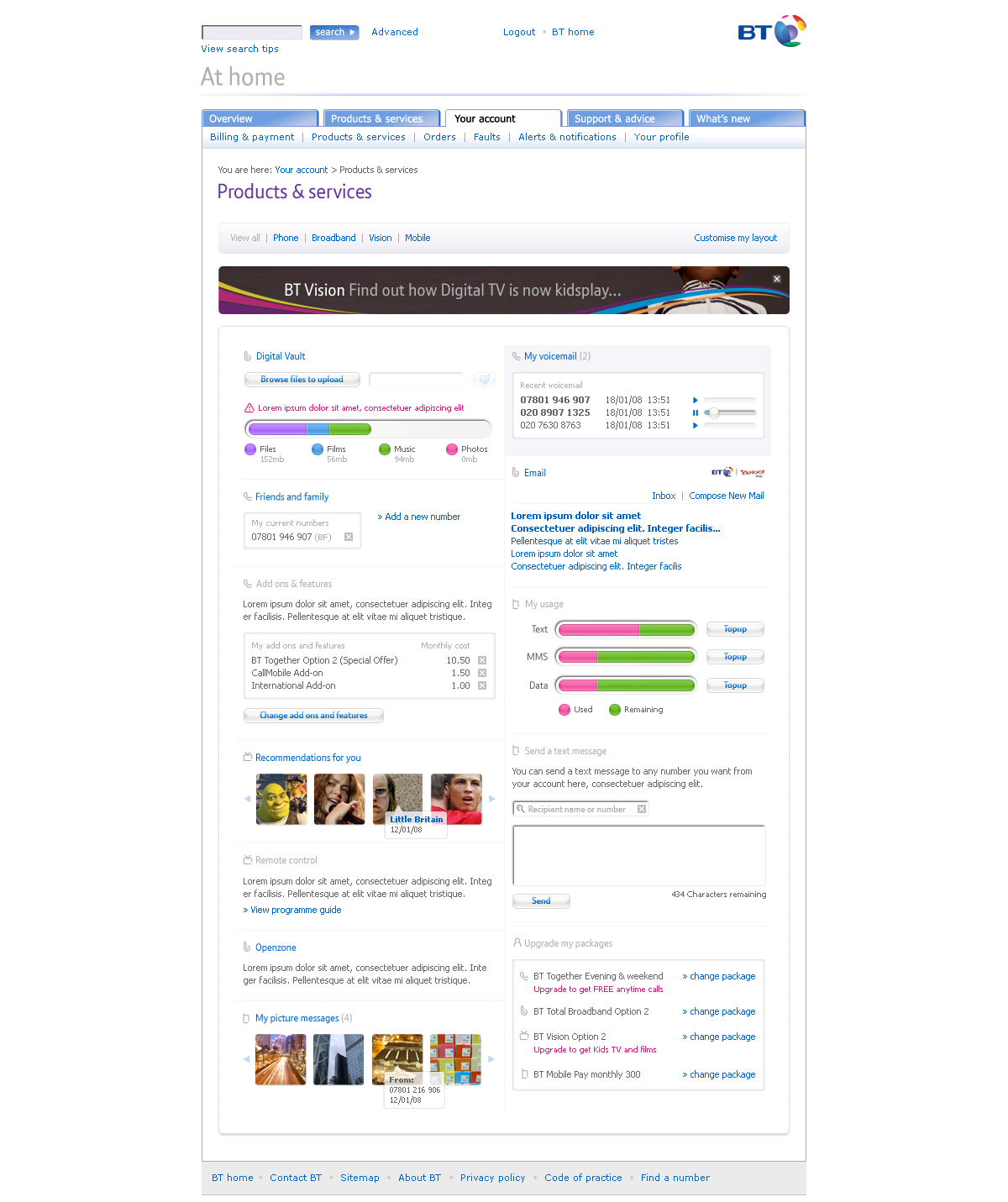 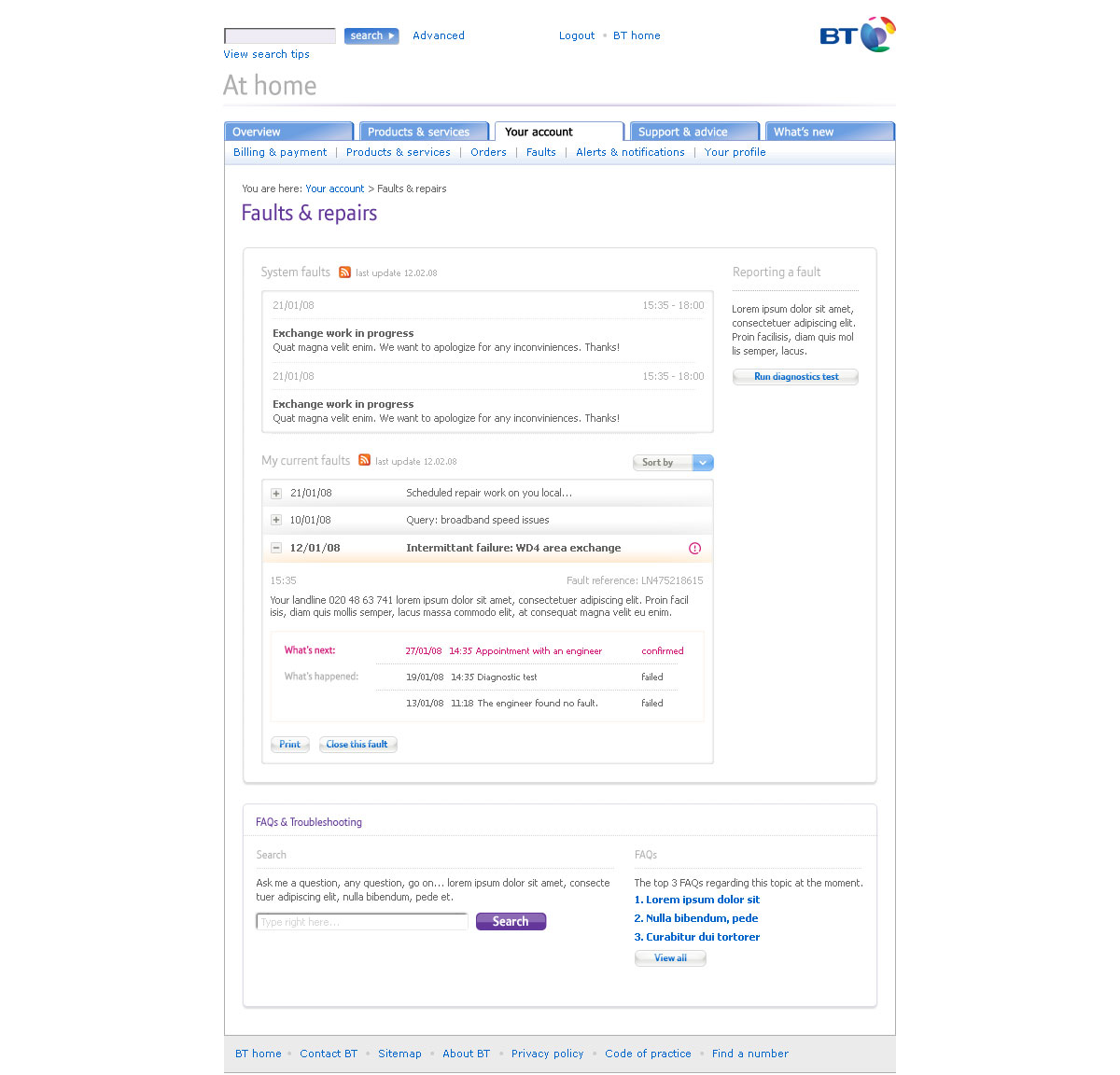 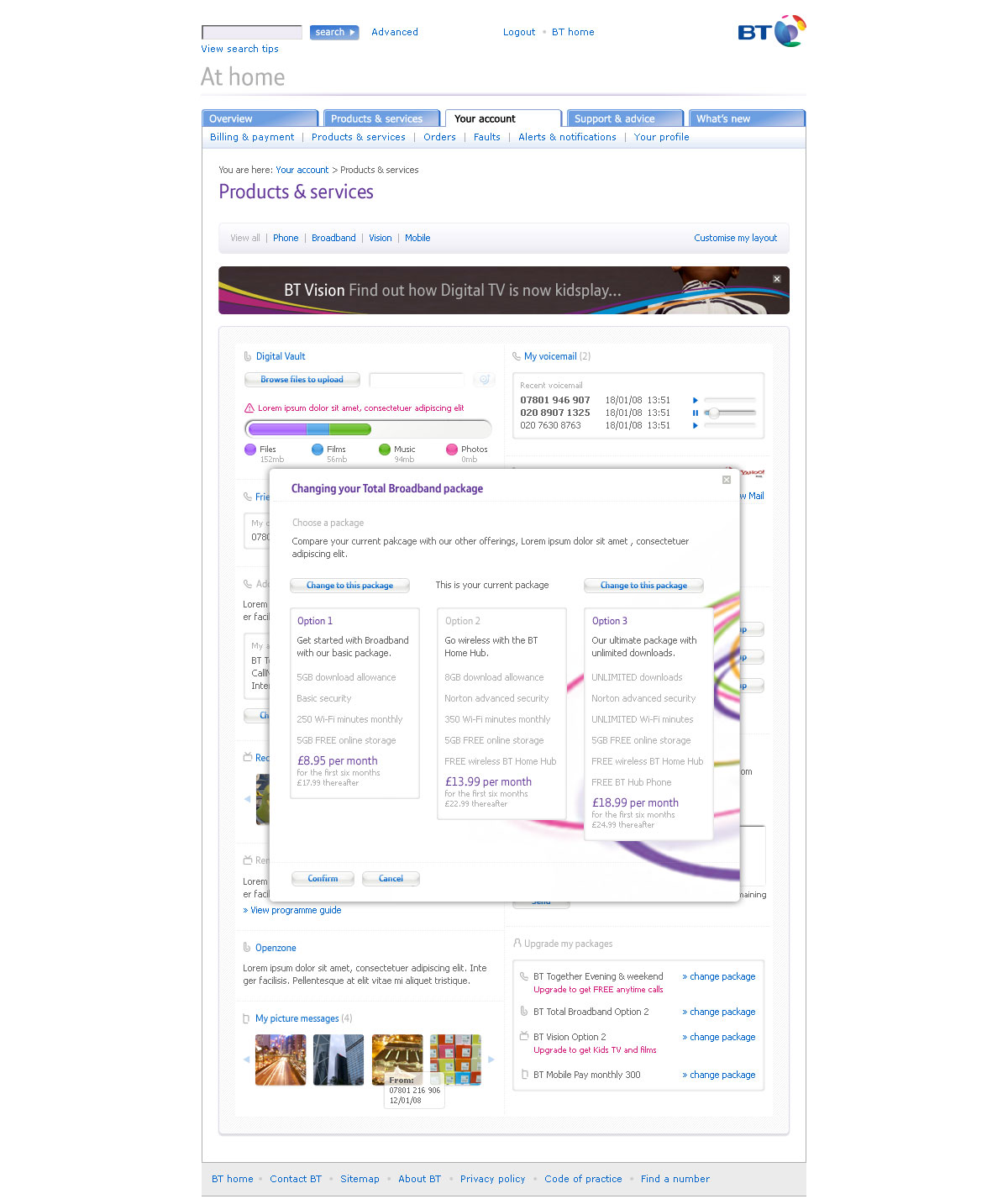