In times of climate change and globalization, the call for a sustainable future is growing louder and louder. The Guides for a More Sustainable Future, 21st Century Competencies and Global Goals have been developed. But how can these theoretical guidelines be put into practice or integrated into an existing curriculum? The young start-up Edcosystems has developed a platform that serves as a digital meeting place for out-of-school learning venues, educational organizations, teachers and schools: Atlas.Schule. After Edcosystems had launched their first product, it was now about to recruit new members and supporters for the nationwide network.

It quickly became clear that they needed a professional appearance for their start-up in order to present their goals and vision transparently and clearly. In order to increase the number of users of the different target groups, the benefits and purpose of the professional as well as the motivations of the start-up had to be communicated to the outside world.

My task was to create the concept and strategy of the content and to transfer it into a responsive user interface. Thereby compact and clear modules were defined. The color scheme and typography was also revised by me in the course of this. It was intended to develop a visual language that the customer can also operate independently without the constant need of graphic support. That’s why I’ve worked with the Design Library humaaans.com , which empowers him to create new graphics himself. I would also liked to include the explanatory animations of the Global Goals and their targets in the website, but that would have shifted the focus of the website too much.

Overall, Edcosystems, with its new self-maintainable online presence, is now much closer to its goal of building a sustainable development network. 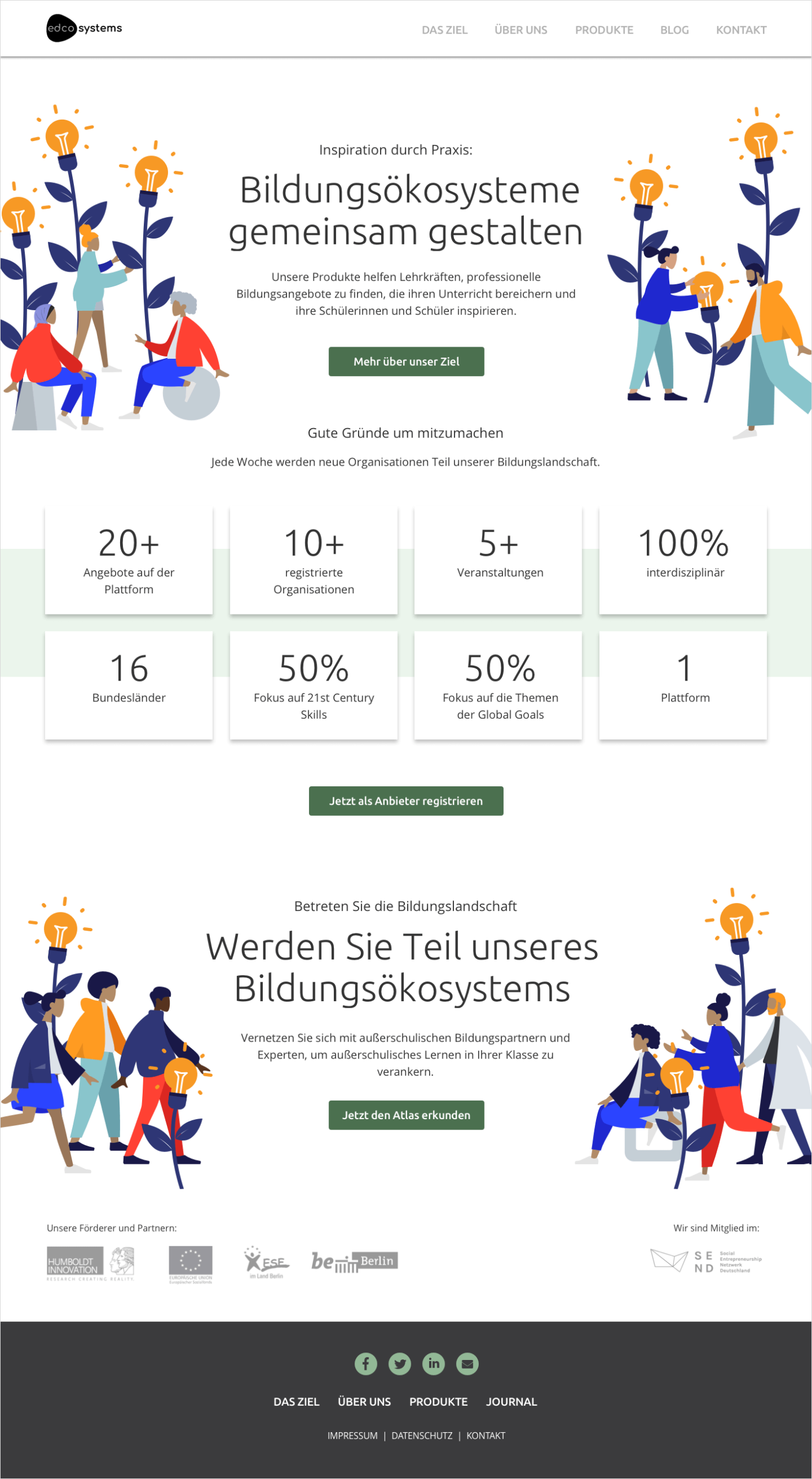 The objectives of the start-up 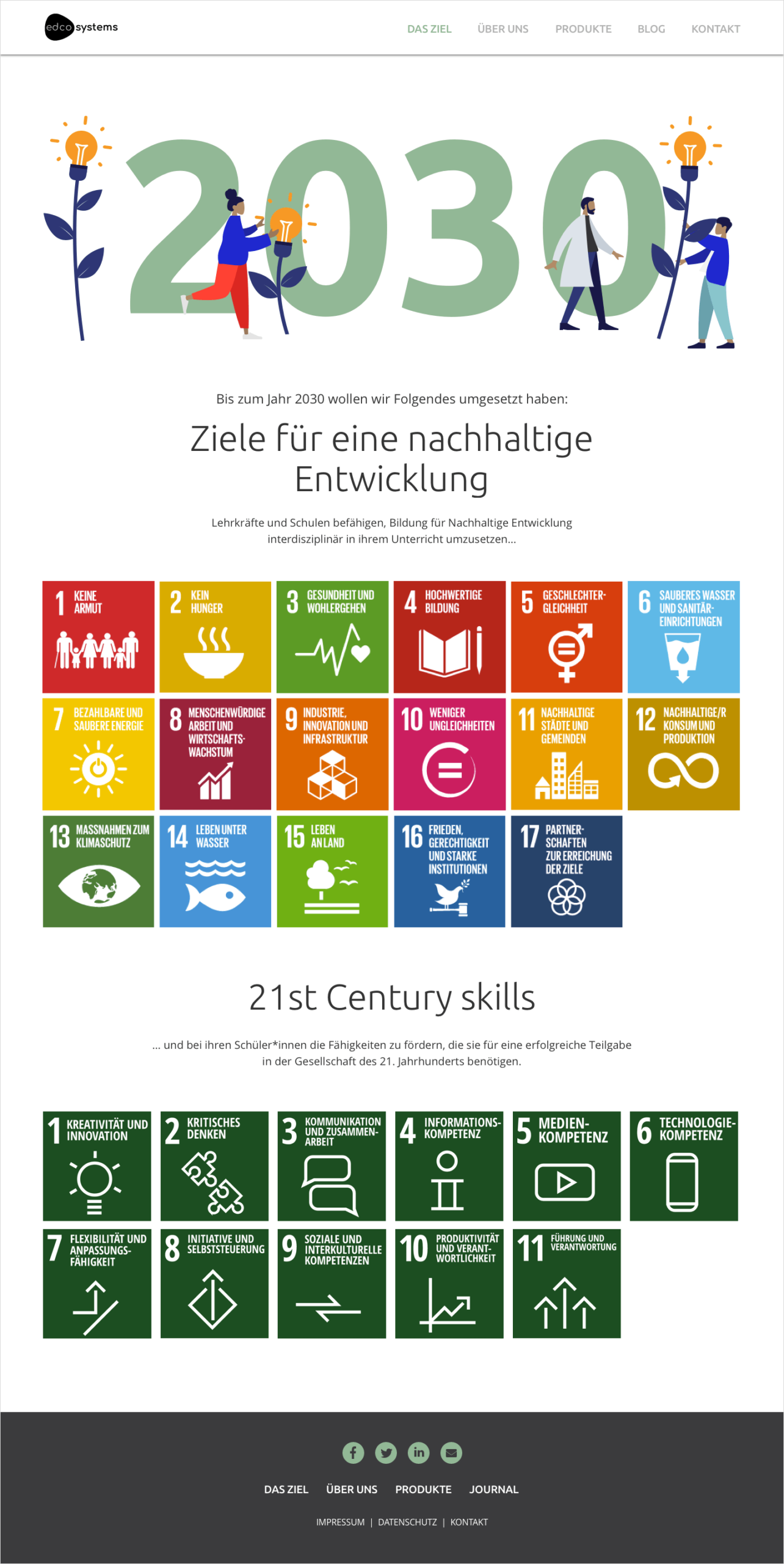